The position of Duart was well chosen, it is sited on a high crag at the end of a peninsula jutting into the Sound of Mull. It commands the channel between Mull and the mainland, entrances to Lochs Linne and Etive and the neck of the Firth of Lorne as it meets the Sound of Mull.

The Keep was built by Chief Lachlan Lubanach Maclean and on the vunerable landward side is 29 feet (9m) high and 10 feet (3m) thick. The walls facing the sea are less thick ranging from 5 to 9 feet (1.8m to 2.4m).

The Castle was completely refurbished around the oldest part in 1911 by Sir Fitzroy Maclean. Before this date, the Castle was a ruin from the 18th Century. 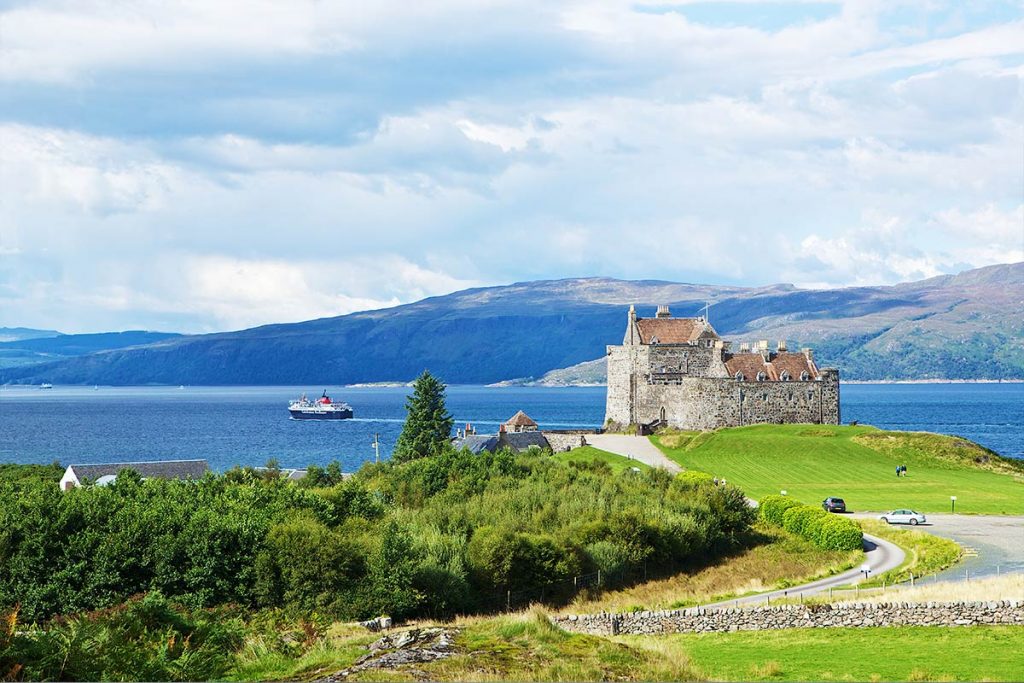 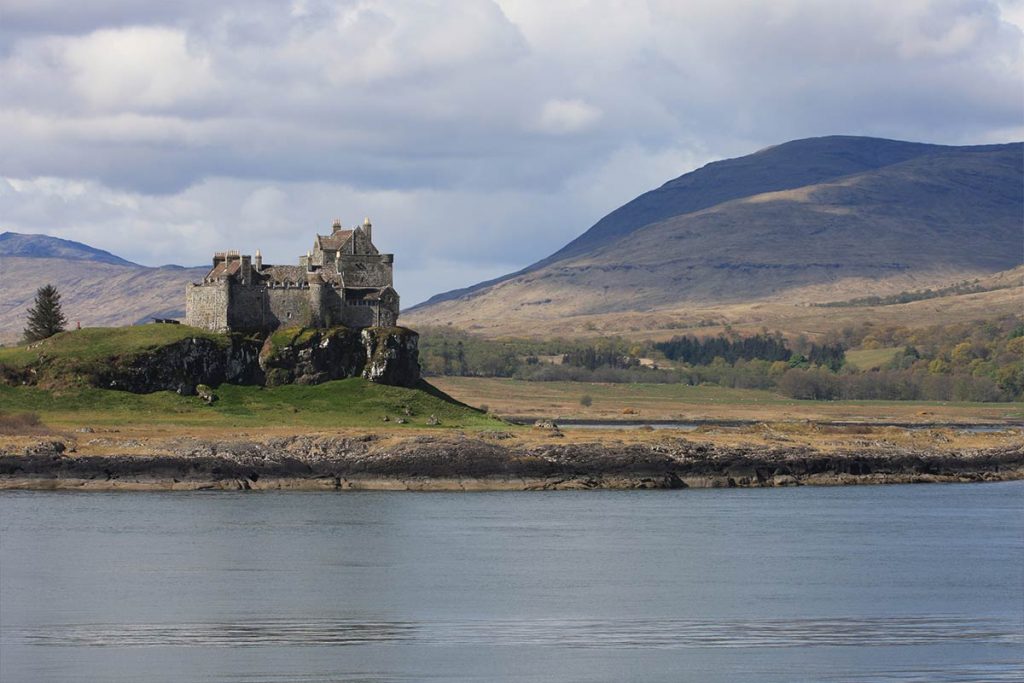 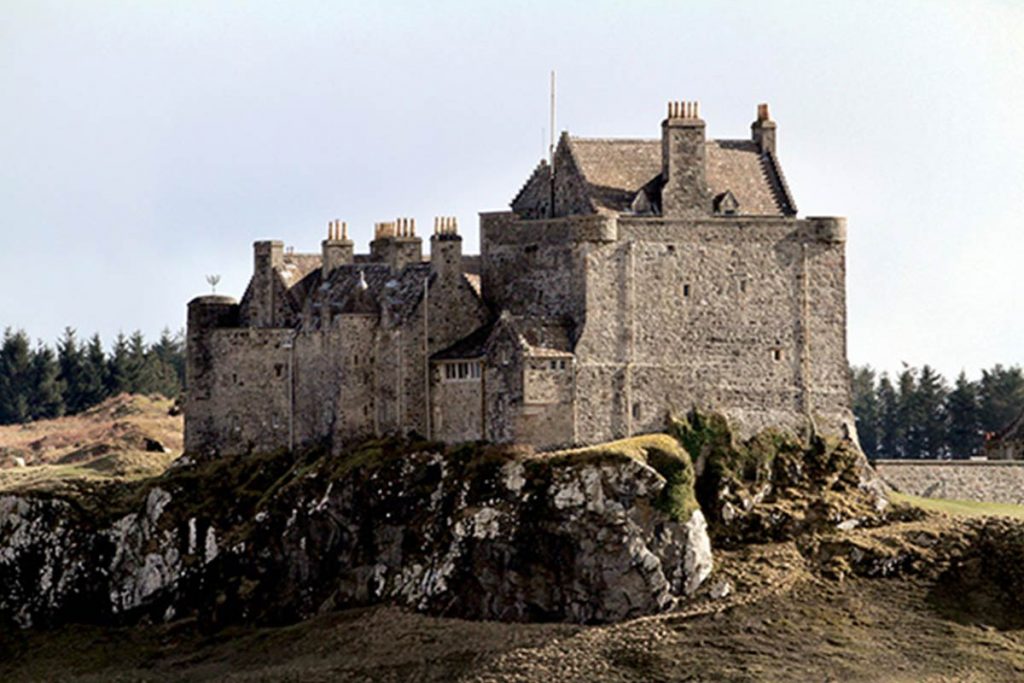 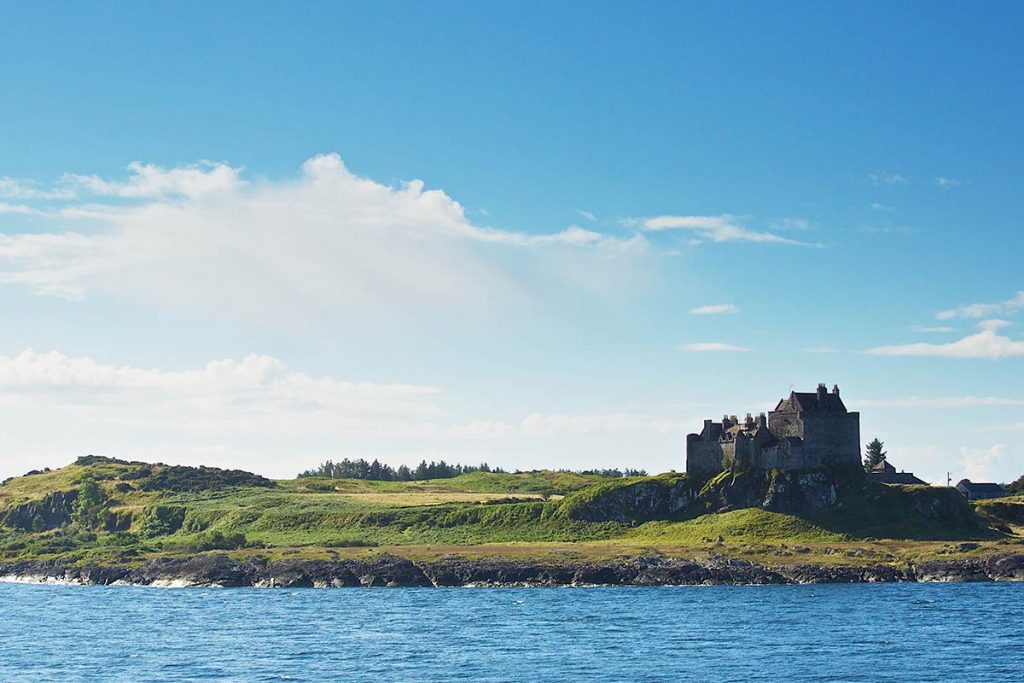 A room which delights all visitors young and old.

The Great Hall is magnificent. Adjacent to the Sea Room the walls are 10 to 23 feet thick (3m to 7m) and over looks the Courtyard. The Hall boasts Family Portraits and the Coats of Arms. 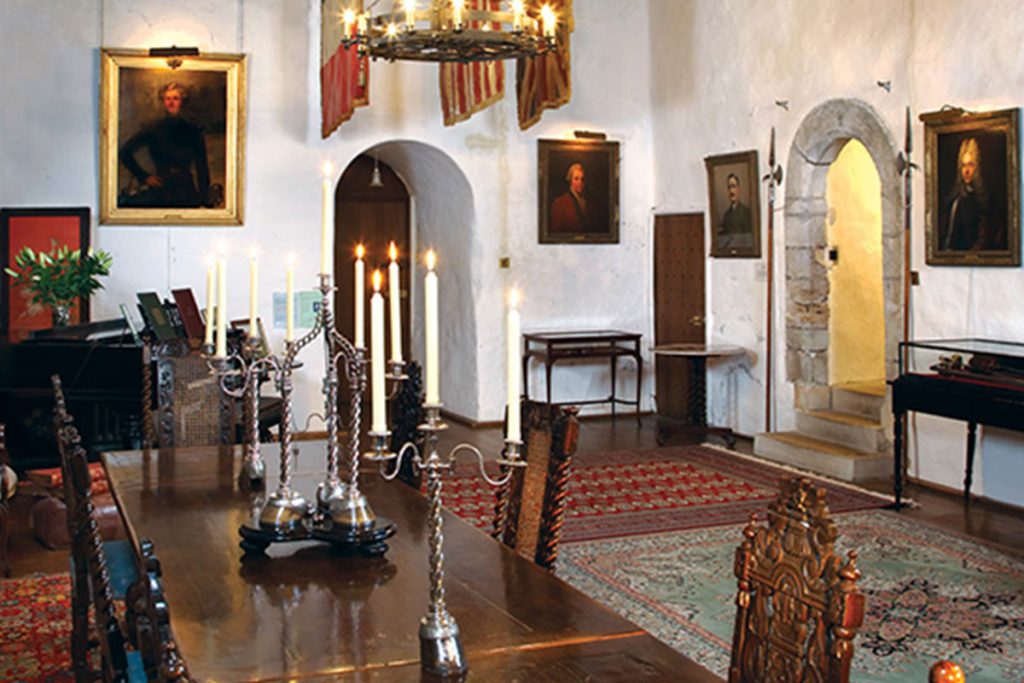 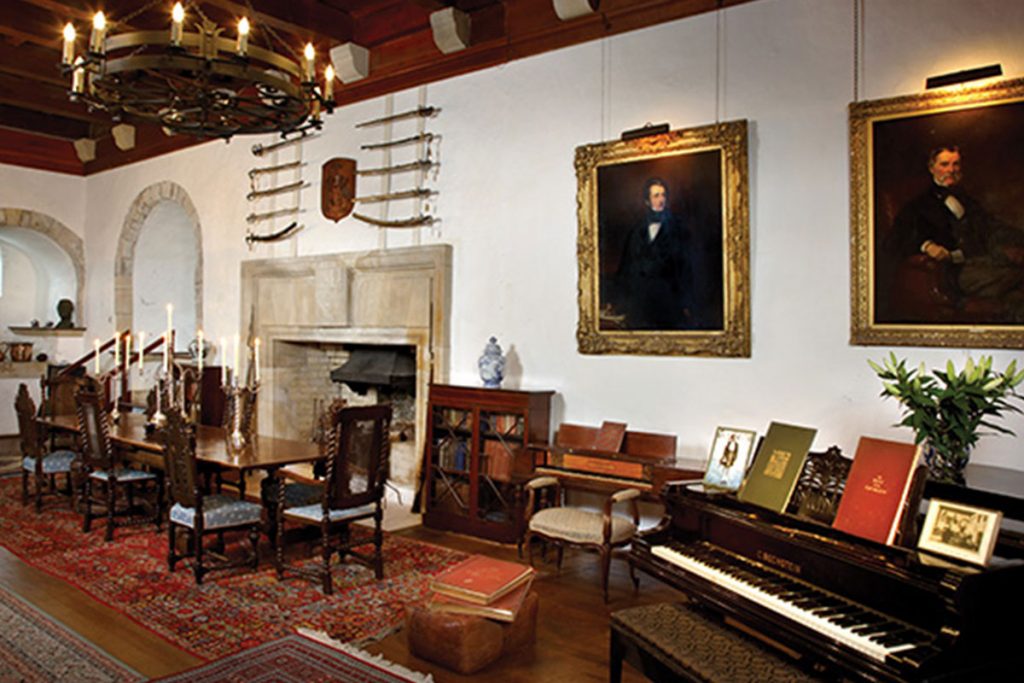 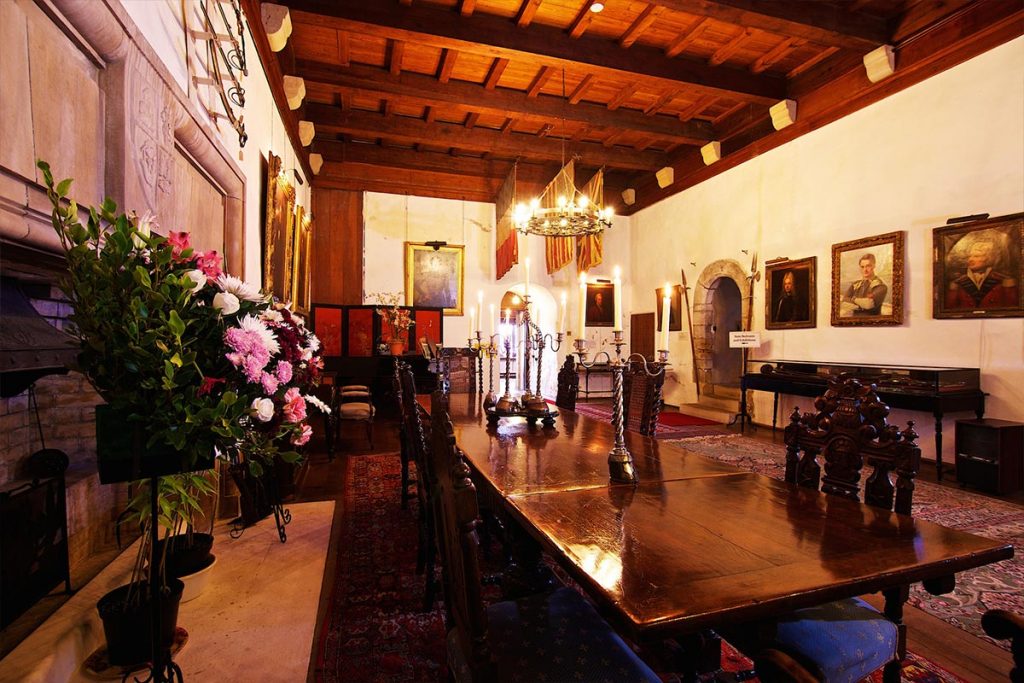 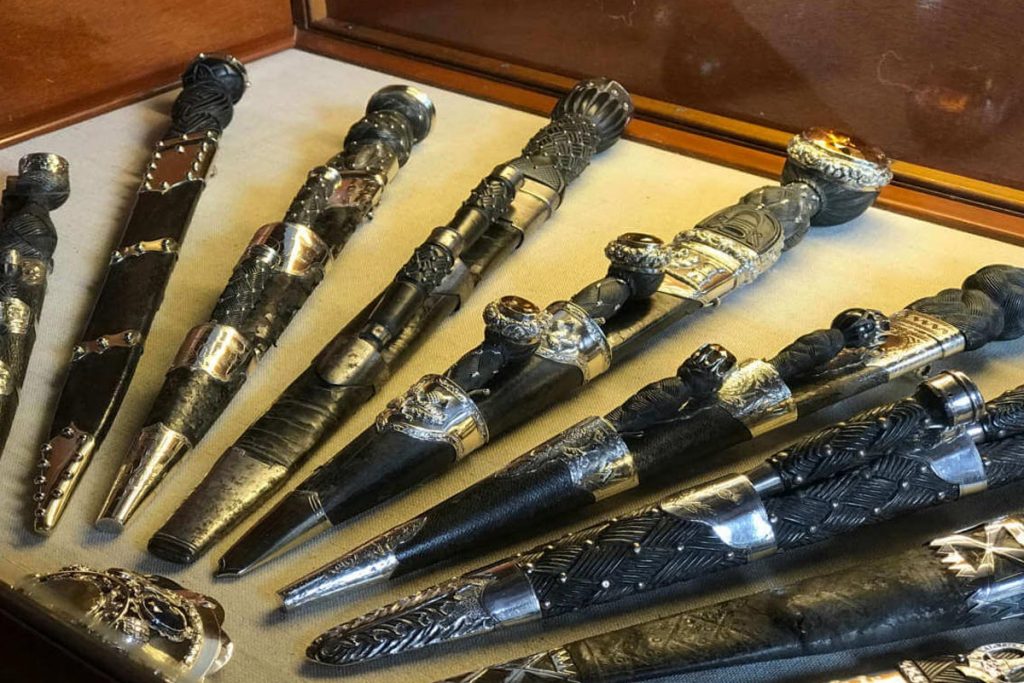 Furnished for the wartime honeymoon of Lord Maclean and his Bride

The State Bedroom and Dressing Rooms and other adjacent rooms offer a collection of family photographs dating from the mid nineteenth century to the present day. The collection includes Military Uniforms and Dresses dating from 1750. 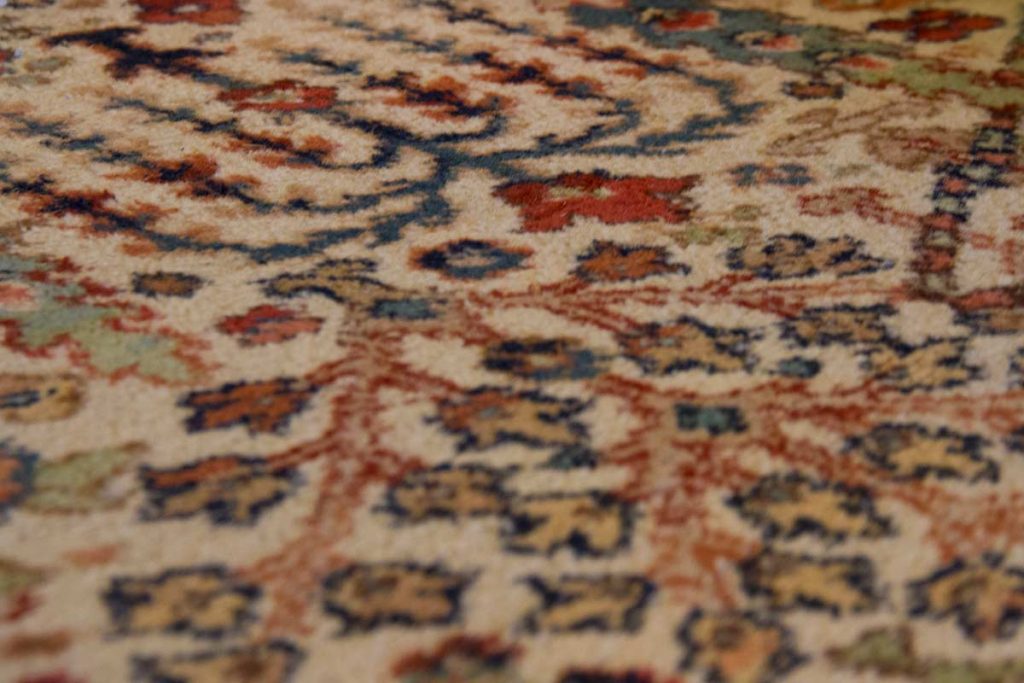 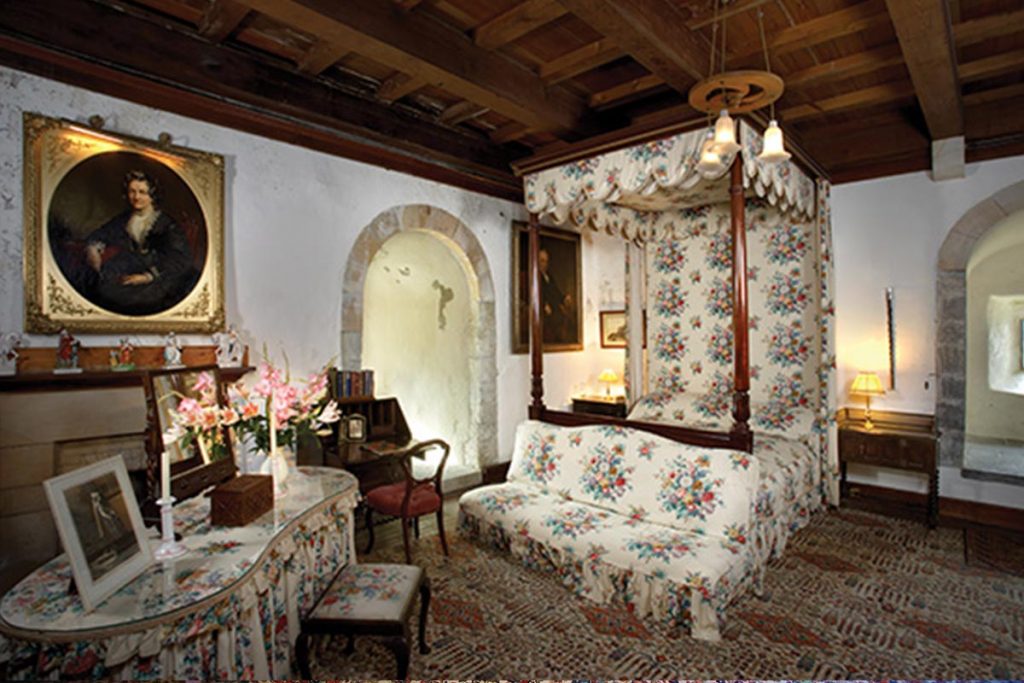 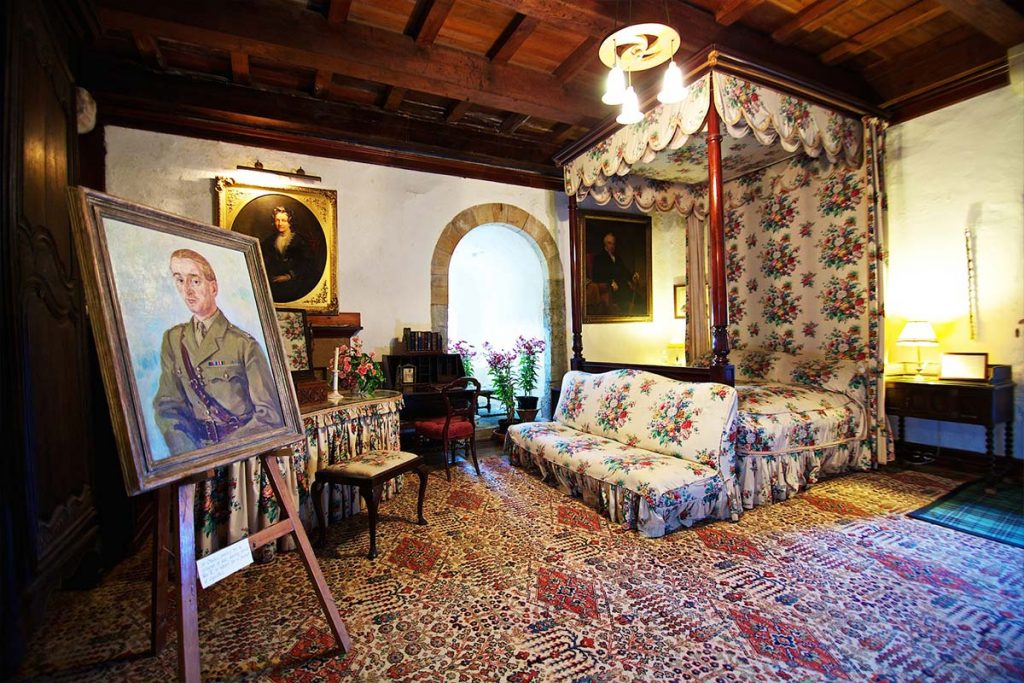 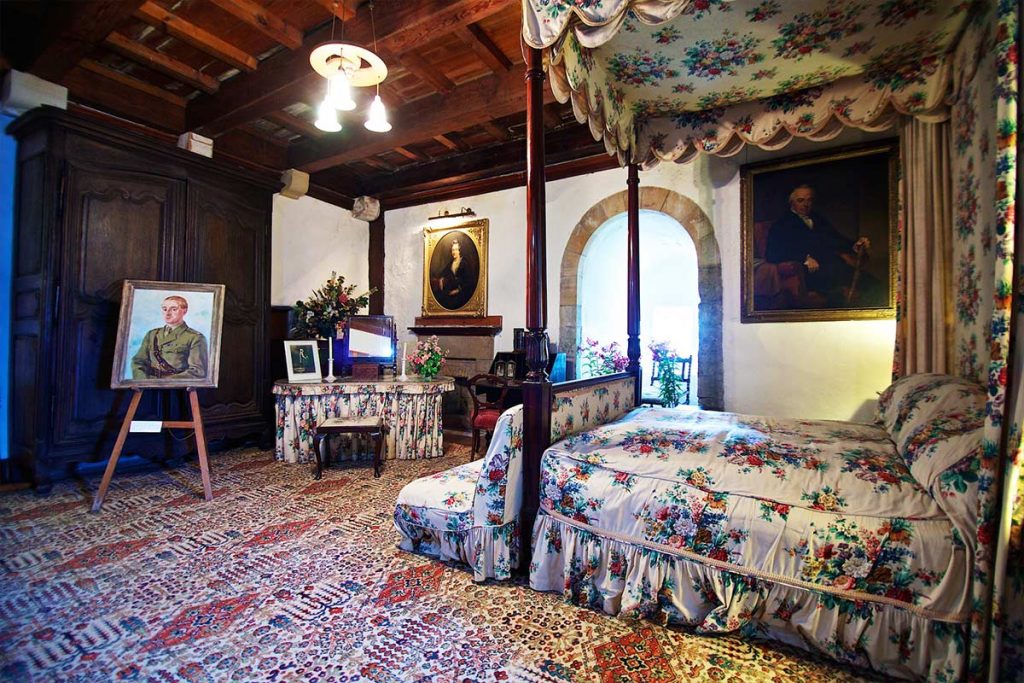 The History of the Chiefs of the Clan and Scouting

The Exhibition area at the top of the Castle is dedicated to the History of the Chiefs of the Clan through the ages. Also in this room, there are wall hangings and memorabilia dedicated to The Scouting Association and their history and links with the Macleans.

Charles Maclean, the 27th Chief of Clan Maclean of Duart was the Chief Scout of The Scout Association in the UK between 1959 and 1971, and continued as Chief Scout of the Commonwealth until August 1975. In 1967, he was awarded the Bronze Wolf, the only distinction of the World Organization of the Scout Movement, awarded by the World Scout Committee for exceptional services to world Scouting. 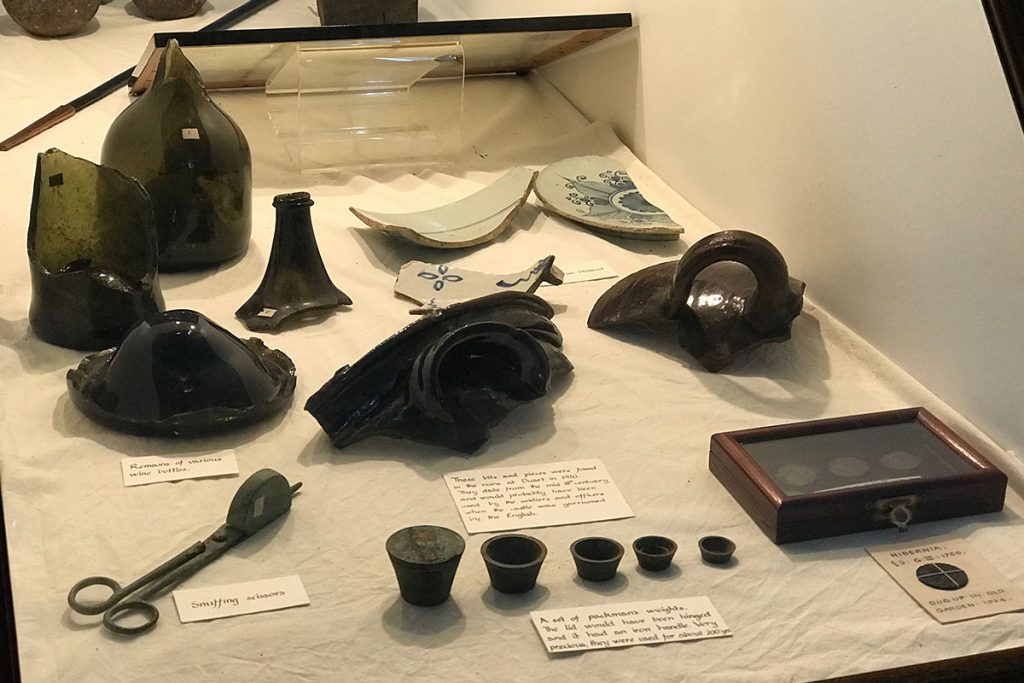 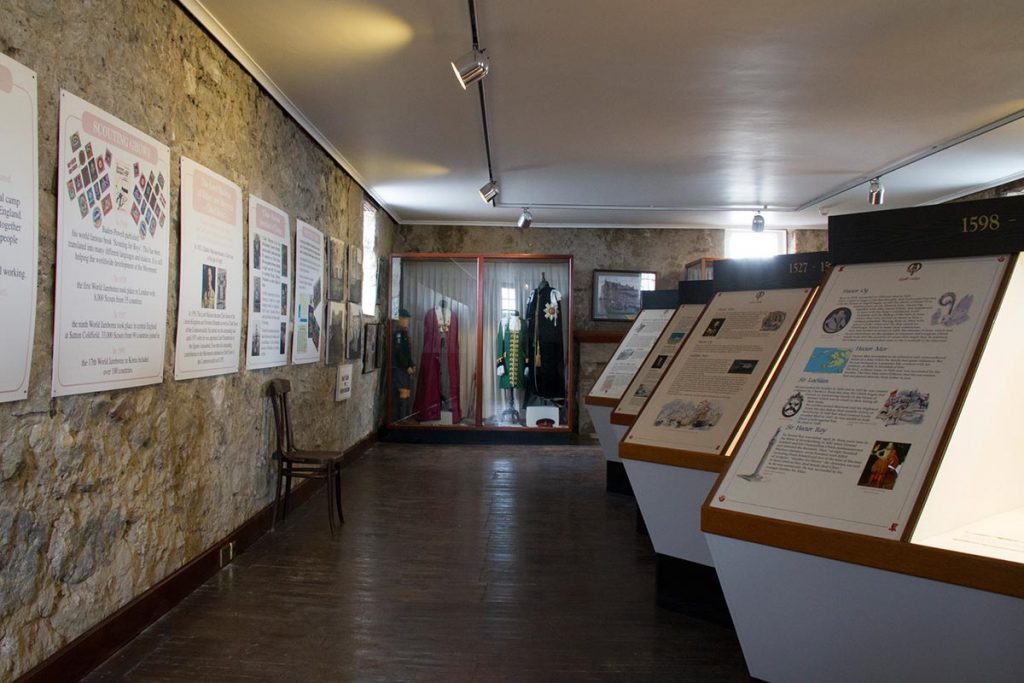 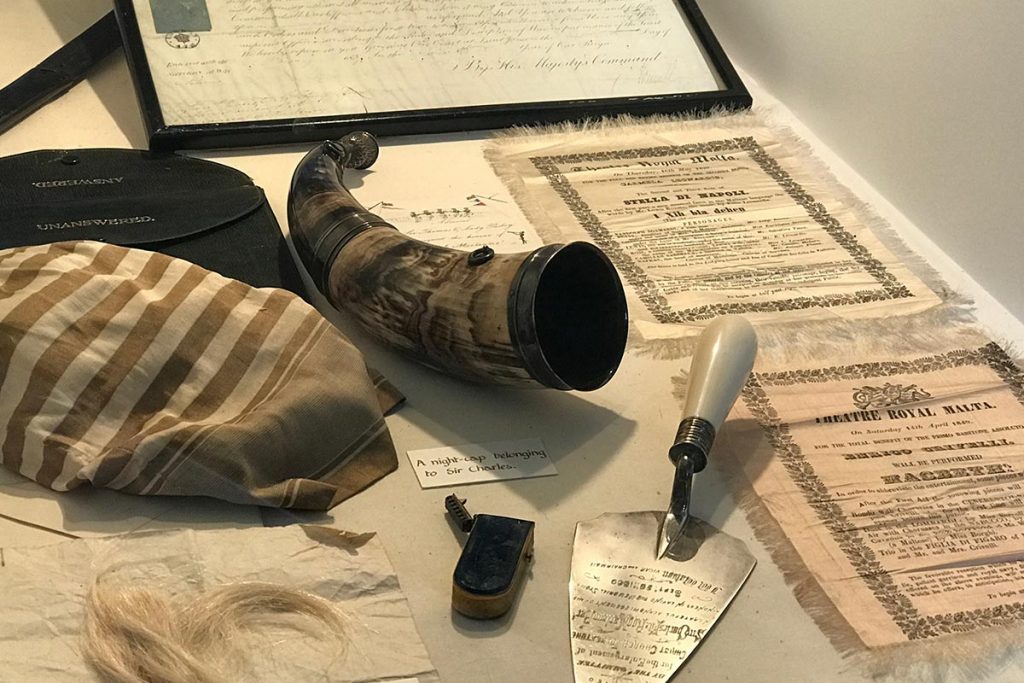 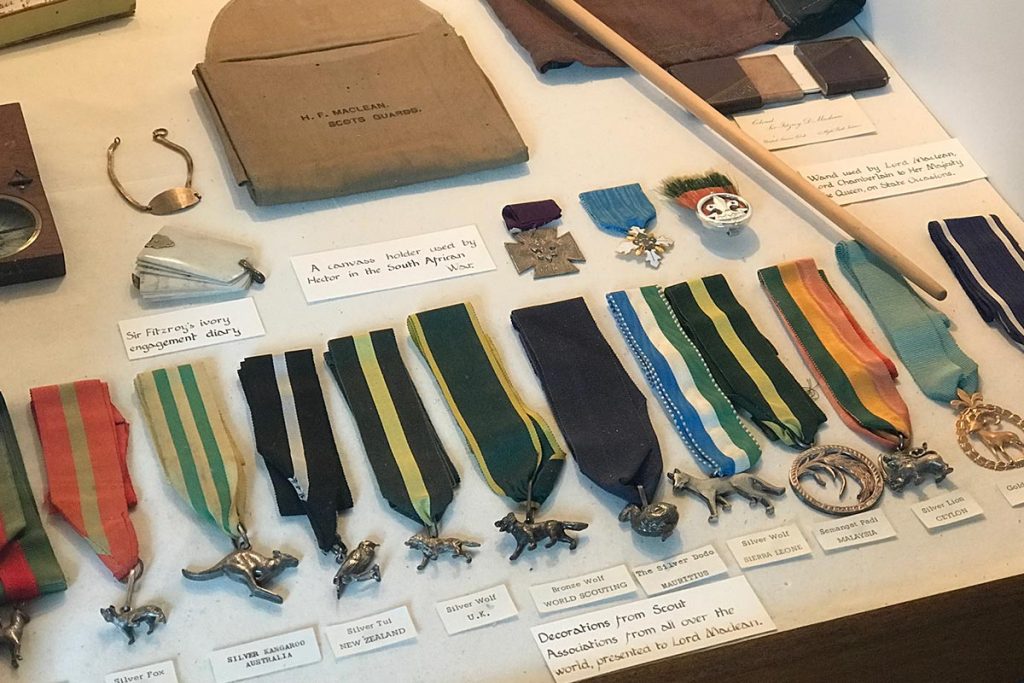