Were the Macleans always loyal to the Scottish monarch?

But the Macleans also fought against the Scottish king again and again. And the Scottish king, long before the English government, was also trying, and often failing, to control them. The king was both their friend and their enemy. The Macleans emerged in the twelfth century at a time in which Scotland’s borders were not absolutely defined. The crown had more control over some places than others. Throughout this time, though the Macleans gave allegiance to the Scottish throne, they acted as Macleans first and Scots second. They might fight to the benefit of the Scottish kingdom but if the king threatened their autonomy they would fight against him as well.

The King, the Lord and the Chief

Throughout medieval Europe, a feudal system was in place. This meant that ordinary people did not look first to the king for their laws. There was a hierarchy of rulers in between. This was not just like a system of managers, where the company manager is over the store manager and the shift manager is below them. These rulers weren’t hired or fired by the king (if imprisonment or death doesn’t count as being ‘fired’), and often these rulers had disagreements with the king or simply had little communication with him, or even saw him as irrelevant to their own decisions. Although as time went on Scottish monarchs gained more power, this often led to increased conflict with rulers under them. All in all, things didn’t always go the king’s way.

In the Western Isles, clan chiefs held great power. The Maclean chief himself was a feudal ruler and above him was the Lord of the Isles. This was the MacDonald chief. In the fifteenth century the Macleans, alongside other Highland clans, fought against the Scottish king to try and win land for the MacDonalds. In ballads, the Battle of Harlaw was reported to have caused 900 casualties among the Highlanders and 600 among the lowlanders.

This was not just stretching out the boundaries of their loyalty to the king, their loyalties were somewhere else first. By the end of the fifteenth century, the king imprisoned the Lord of the Isles. But even after this (and after being bribed by the king), the Macleans fought against the king’s men to uphold the Lordship of the Isles, joining with rebels supporting the heir to the lordship. Ultimately they failed in their attempts, but they did not give in easily to the idea that the king was in charge.

Once the Lord of the Isles had gone, the Macleans did not immediately become loyal citizens either. The monarch’s failed attempts to control fighting between clans show that, even in the 16th and 17th centuries, they still didn’t have complete authority over them.

Fines and lawsuits had little effect. At one point Mary Queen of Scots prevented chief Hector Mor’s son John from leaving Edinburgh – as an extra assurance of his pledge to keep the peace! The Maclean chiefs willingly gave their allegiance to Scotland in the face of other threats and when it benefited and did not intervene with their own leadership. For a long time, the Macleans acted as Scots second and Macleans first. 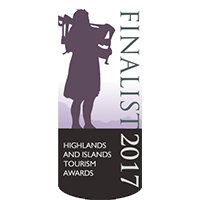 Keeping in line with advice from the UK Government the Castle, Giftshop and Tearoom remain closed but the grounds and Millennium Wood are now accessible to local visitors. Please do check out our online Giftshop at https://duartcastle.com/shop/. Thank you for your continued support. Dismiss